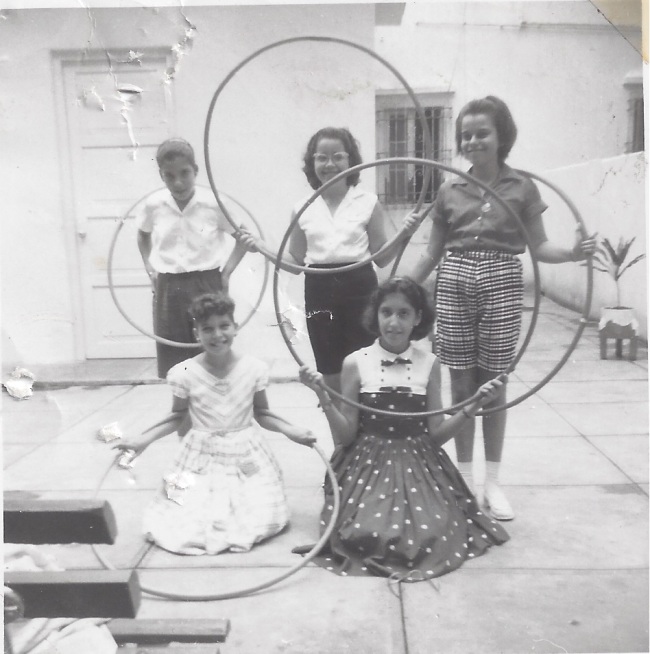 With Piti, Ani, my cousin Eliana and Haydecita when Peter Pan was only a children’s story.

March 30, 2013 marked the fifty- first anniversary of my arrival in the United States as a Pedro Pan child.  I was a part of the largest exodus of children in the history of the Americas, and still marvel at how few people in this country, ninety miles from the shores of Cuba, know of our history. Our real history, before the men dressed in olive green fatigues carefully and expeditiously re wrote it so that ten years after the Pedro Pans left the island, there was no record that we had ever existed.  We had not become part of our own history, or part of anyone else’s.

I was reunited with my family years later.  Since then I have buried my grandmother Celia, my great aunt Aurora, my precious godmother Celia, her beloved husband my Uncle Larry, my aunt Isel, my uncle Percy, my father Pablo and my mother Yolanda in this country.  My grandfather Pablo lies alone in the family mausoleum in Colón Cemetery in Havana, waiting in vain for all those who were once the center of his life to join him. The image of my grandfather alone in the mausoleum in Havana sometimes haunts my dreams.  As tourists without a clue of his suffering walk past admiring the architecture of his resting place, does he think one of us has finally arrived to keep him company?

On days like today when the memory button is triggered, I remember the island where my bones were formed. It is an island that lives only in the memory of those of us who inhabited it before nineteen fifty nine, before the fighting, the blood, the bombs, the firing squads, and the terror, supplanted the repression of the Batista government; before the young men in olive green uniforms replaced a dictatorship with disaster. Before the parents of over one hundred thousand Cuban children decided to send them abroad alone having given up hope that they would ever taste the nectar of freedom in their own land.

You can see the reluctance to do so in our correspondence with each other on the Pedro Pan web site where past is present always, and where our endearments reflect the compassion of one child towards another, the understanding of the internal devastation suffered more than half a century ago.  We welcome one another like children: “welcome, hermanito, hermanita”! (little brother or sister), and the next question is never about what we do for a living, whom we married, or who our children are.  It is “where did you live in Cuba….  When did you get here….Were you in the camps….Where were you sent…Did your parents come?”

Sometimes after over half a century a classmate’s name suddenly appears on the site, and as if time had never passed we come together with the force of great love and vivid remembrance of memories shared, and stick to one another like glue.  At that moment we realize our soul has been missing a piece in the shape of our friend, and we become friends again and forever in the land of Peter Pan.

And like children, we have a price to pay for belonging to this exclusive clique.  We are required to lean to the political right if we’re going to be included among the “popular” kids. In a terrible reminder of the men dressed in olive green who oppressed our country,pehaps geneogramically unavoidably, the “in crowd” frowns on any freedom of choice that might include left leaning thought expressed out loud.  The fears of our childhood rise like inner monsters that blind us to the possibility that any answers to problems can be found left of center. We make an infinite line finite and small and narrow our vision.  Having fallen off the precipice so many years ago, we avoid the edges of any shadow that may hide the suggestion of an abyss.  Fool me once….

Is it that rigidity that keeps us hidden from the world?

The  right appears to embrace us while using us to promote their agenda.  The  left uses us as examples of traitors to a beloved cause.  What if we stood in the middle with our stories and let them speak loudly for themselves?  Wouldn’t they alone evoke in those who hear them a yearning for freedom?  Could we inspire a more inclusive world where tyranny would become unable to take its next breath?  Could our story make even the cynics of this world want to live on a planet where the laughter of children can be heard above the din of hatred and oppression and where the word exile would only be written in history books?  Would our story lose its power or grow exponentially along an infinite line? 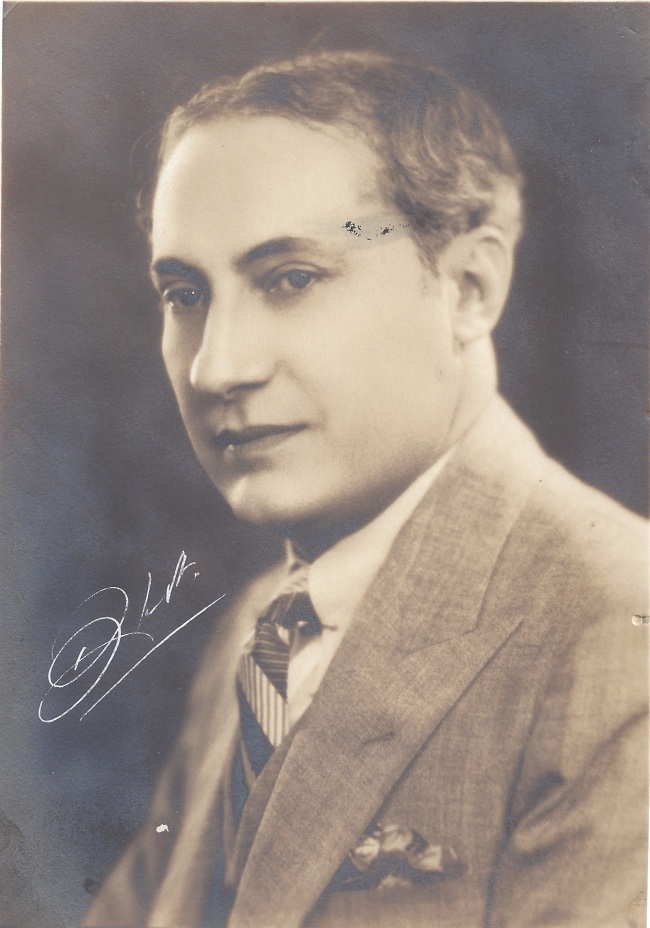 My beloved grandfather Pablo Lopez Morales, a year before I was born.  I still miss you.